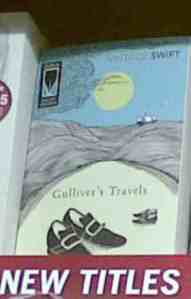 But I really wanted to talk about two things
The first is this, the wonderful new editions of Alexander Dumas that harper Perennial have out. They are damn pretty and my pictures don’t do them justice so please go check them out*:

The Count of Monte Cristo
The Last Cavalier
The Three Musketeers

Two things strike me about them:
1) They take the current obsession with all things “Boy’s Own” and “Commando” and spin it on in a nicely sophisticated way, to rather special results.

2) The internals are beautifully clean and crisp, so much so that I’m pretty sure they spent some time considering how best to reset the texts. This is rare in new editions of popular classics and something I really like and admire. Go Them.

The other thing is Quercus
Reading The Bookseller article on their ambition I was struck squarely by two things (2 being the number of the day!), the first the enormous scope of their ambition:

“Management believe that we now have in place the strategy, the organisational structure and the publishing programmes to take the business to £20m over the next three years.”

That has to be admired.

Now those who read this blog will remember that I have respect and admiration for what The Friday Project tried to do. Quercus is well funded, steady and building scale rapidly. Its books, especially in the non-fiction arena, are the kind of books that tend to be stacked high at discounts come Christmas and sell in large numbers.

Perhaps we all might learn something form watching their operations.
Eoin

* The 342 offer was on in hughes & hughes airport stores!