Google has agreed a settlement with authors and publishers
This may well be the most important news of the year. there is so much to think through but the bones of it are this:

1) out-of-print books will be available on Google Book Search for preview, reading and purchase in the U.S

3) They are setting up a non-profit Book Rights Registry.

So much to think about here!
Thanks to Peter Brantley & Twitter for the Update!
Eoin


A heavy days meetings
A very long new title meeting on the Friday of the bank holiday meeting is not what I had in mind, but there was much to cover! Some of it good, some bad, some promising! I’m always stressed to hell before these meetings and pretty tired after them, but this time some thoughts bubbled to the surface, that I’m sure I’ve mentioned before, but a little reiteration can’t hurt!

A word (or two) of advice if I may to authors

1) Always, always, always include you place of birth, your place of current residence and your profession in your submission letter (or your cv). You would be amazed how many times I get asked those three questions at New Title Meetings.

2) Please think of at least a tag line or snappy descriptions for your book (fiction or non-fiction) when submitting. Yes these are cheesy and might well be over selling the book, but do it, it’ll help your commissioning editor when they pitch the title.

3) Always include an image in the submission. Commissioning editors don’t care but sales people do!

4) Know what genre you fit in! Don’t tell me its indefinable, that just means I’ll have a harder time selling it. If you don’t like pigeon holing, draw some obscure comparison, Milton crossed with Thompson, whatever, just don’t claim after centuries of people writing that you are unique, it’s unlikely to be true*!

5) If your editor accepts digital submissions, send them digitally! I don’t know how often a slice of the text pasted into my proposal has served to showcase the talent of an author (both in fiction and non-fiction) or highlight a key selling point, this is so much easier to do when the text is in a word/rtf or text file!

* You may have lots to offer and be a new, fresh voice, but your work will trod old ground and plough old furrows. That is not to say people will not love it and thank you a million times for writing! Just know your parameters! 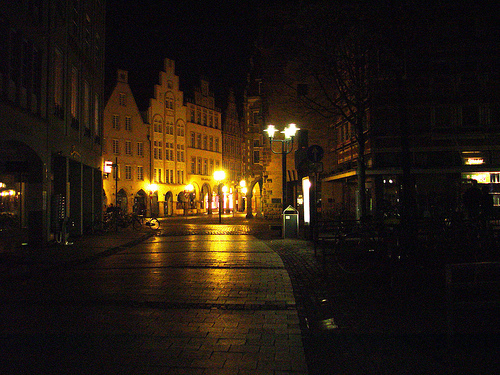 Christmas is coming
Perusing the Easons Christmas catalogue offers some gems. Some are from Mercier, so I’ll skip quickly over them and onto the books not published by my employer!

First over the hill is Creating Ireland which is a book I would like to have published. By Paul Daly the book aims to provide a new history of Ireland through the lens of the Dáil, which enters its 90th year in 2009:

Since it gathered for the first time on 21 January 1919, the Dail has been at the heart of Irish life, shaping the growing nation and providing the backdrop for many of the major debates that have defined Irish society and what it means to be Irish.

I’m looking forward to seeing this book in physical form. I’m hoping it will look better than the Great Irish Lives book that Harper released and We Declare, a much better effort from Quercus.

O’Brien Press are launching, De Valera In America by Dave Hannigan, a welcome book that should capitalise nicely on the interest in De Valera since the mammoth sales of Diarmuid Ferriter’s Judging Dev book last year. They have created a striking cover too for what is a period in De Valera’s life that us understuided.

Our War: Ireland And The Great War, edited by John Horne, will look at the effects of WWI on Ireland, and given the editor I expect this to be top quality.

G&M are offering a few biographies worth mentioning too, Patrick Geoghan’s King Dan had a fine review in the Irish Times recently and Dermot Keogh’s mammoth Jack Lynch looks like it would keep even the keenest reader going over Christmas.

Lots to be looking forward to then!
Eoin

Bookbrunch, a developing UK version of Publishers Marketplace and a nice one too. It has some way to go but I’ll wish it well!
Here