I’ve been interested to read Seth’s reasoning since I read his comments first on GalleyCat. I think he puts the radical case for there being no need for publishers pretty well and he highlights to me the danger that exists for publishers with their top rated talent.

On the other hand this piece calls out for a response, one that says the value of collecting, curating and promoting not just the ideas of one man, or one group but all the ideas about or around a niche that matter and building on that a community and services that community values.

The thing is–now I know who my readers are. Adding layers or faux scarcity doesn’t help me or you. As the medium changes, publishers are on the defensive…. I honestly can’t think of a single traditional book publisher who has led the development of a successful marketplace/marketing innovation in the last decade. The question asked by the corporate suits always seems to be, “how is this change in the marketplace going to hurt our core business?” To be succinct: I’m not sure that I serve my audience (you) by worrying about how a new approach is going to help or hurt Barnes & Noble.

My audience does things like buy five or ten copies at a time and distribute them to friends and co-workers. They (you) forward blog posts and PDFs. They join online discussion forums. None of these things are supported by the core of the current corporate publishing model.

Since February, I’ve shared my thoughts about the future of publishing in both public forums and in private brainstorming sessions with various friends in top jobs in the publishing industry. Other than one or two insightful mavericks, most of them looked at me like I was nuts for being an optimist. One CEO worked as hard as she could to restrain herself, but failed and almost threw me out of her office by the end. I’d be lying if I said I wasn’t heartbroken at the fear I saw.

via Seth’s Blog: Moving on.

You have to wonder how long this can go on for and who is going to lose. The sense I get is it sure won’t be Amazon, but it VERY WELL may be the Publishers!

However, another senior publisher attacked the pricing strategies of W H Smith and Amazon. He said: “It’s absolutely absurd to devalue our product but I’m not surprised because our industry is populated by nincompoops.”

He said Amazon’s move could make the agency model less attractive to publishers. He said: “In this instance, on the wholesale model, publishers are fine because it is retailers taking the pain. If we say a book is £10 and you get 40% discount, we get £6. If the retailer chooses to sell it for £2, we’re still all right.”

A review of e-book prices undertaken by The Bookseller shows that Amazon and WHS are offering the lowest prices. Kindle and WHS e-books are also significantly cheaper than their counterparts on Apple’s iBookstore, where prices are set by the publisher. 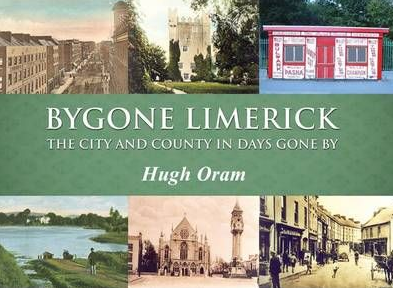 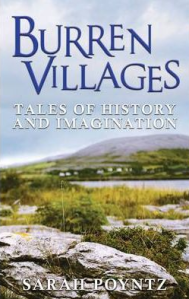 Delighted to see two of my Commissions in the Irish Times at the weekend:

Burren Villages: Tales Of History And Imagination
by Sarah Poyntz

This sense of something beyond the everyday pervades the book, which is a collection of essays about the area and its people. There is a concise, well-put-together account of the history of the area by Poyntz and Jim Hyland, a lyrical description of the personal effect of the beauty of the Burren by Tony Hartnett (“There is something here that pulls at you inside”) and a deeply personal piece by Lelia Doolan, who spent her childhood summers in the Burren.

Bygone Limerick: The City And County In Days Gone By
by Hugh Oram

a lavishly illustrated portrait of the city and county, charting the changes in the historical areas, such as the Georgian Quarter and St John’s Castle, as well as towns and villages such as Adare, Bruree, Kilmallock and Newcastlewest. One of the more fascinating sections is about the building of the Shannon scheme at Ardnacrusha, which put Ireland on the map internationally and helped to raise the profile of the infant Irish Free State abroad.