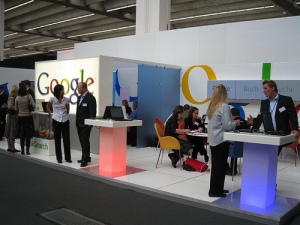 This year I have a busier schedule than I had originally imagined I would, but a fun one nonetheless with some downtime too (though perhaps not enough).

I’ll be talking about The Irish Story and what small (and large) publishers can learn, do and plan for based on it. In many was it is a talk about the practical side of my Pecha Kucha speech at Tools Of Change 2009.

At Canada Livres, I’m taking a slightly different look at things, from a more theoretical direction, but with some practical advice for publishers, remembering too that Canada and Ireland are both alike and very different.

On top of that I’ll be meeting publishers from near and far and reporting for Irish Publishing News. You can follow my Tweets which will be tagged #fbf10 for the fair and #tocf10 for Tools Of Change, not sure what the Canada Livres hash-tag is but as soon as I have it, I will update.
I’m looking forward to it.

If you are around, see you in Frankfurt.
Eoin