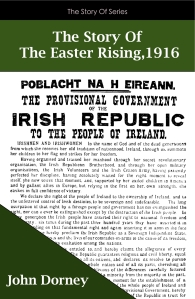 I’m really pleased to be able to share this news, it means that at least one (and probably more) of the “Story Of Series” will be available as apps for iOS devices by Christmas.

The Irish Story & Collca to Co-publish 5 Titles as Apps
The Irish Story and Collca are delighted to announce that they’ve agreed to develop and co-publish iPhone apps for the first five books in The Story Of series of Irish histories.

The partnership will use Collca’s Condor software and data framework to bring the apps to market in rapid succession starting with John Dorney’s The Story Of The Easter Rising, 1916. The Irish Story and Collca will both actively market the apps which will be available from the Apple iTunes app store as soon they’re published.

The Irish Story publisher, Eoin Purcell, said “I’m very pleased with the deal we have reached. It allows The Irish Story to move beyond ebook formats and into the world of apps, something I’ve been keen to do since day one.”

Mike Hyman, managing director of Collca, added “these books provide a very good overview of key events in Irish history. This deal will help consolidate our position as an electronic publisher of shorter concise texts covering a variety of topics – not just history. I believe that this type of publication lends itself far better to electronic publication than to print.”

Notes to Editors
The Irish Story is a digital first publisher of Irish History titles.

Collca, the co-publishers of the acclaimed History In An Hour series, was founded specifically as an ePublisher. It currently publishes book-derived and other educational and reference mobile apps primarily for the Apple iOS platform (iPad, iPhone and iPod Touch). Collca is also actively planning to adopt the ePUB ebook standard as an additional platform for some new titles.

Further information from:
The Irish Story:
eoin AT eoinpurcell.com