It’s been an incredibly busy few months for me in lots of ways. But I’ve also managed to get a few things shipped as Seth Godin might put it. So I thought I’d write a few posts about them. 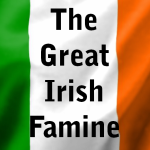 One of the things I’ve managed to get done is submitting all five of The Irish Story‘s first set of ebooks into the iTunes App store. Some of them (Rebellion, Famine and Easter Rising) are already live and available. The final two (Civil War and Independence) will go live soon.

Since I finished at Mercier Press and decided to create The Irish Story, Apps and ebooks were always my focus, the ebooks were the easier part to create, the Apps took a little longer so I’m very glad we are there with them now. 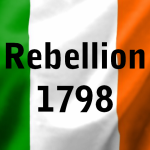 It has been a great experience, which I mostly put down to the talent and commitment of our wonderful co-publisher, Mike Hyman at Collca. I first came across Collca in late October when I found the wonderful History in An Hour Series, which I discovered Collca co-published.

That find sparked an e-mail, a phone call and a contract agreement within a fortnight and now a five app publishing schedule in the space of six weeks. Things can truly move rapidly in the digital publishing space can’t they? 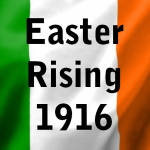 I’ve written before that I don’t believe that Apps are the future and that ebooks are a distraction. Oddly enough I don’t see the fact that I publish ebooks and apps as a contradiction of those writings. Rather I believe a publisher should be ensuring that all their material gets out on the market in as many ways as possible.

So rather than one edition or one format, books should appear online, as ebooks, apps, printed editions or whatever else they can reasonable be packaged as. Brian O’Leary who writes cogently and well about issues in publishing calls this agile content widely deployed.

I like to think that The Irish Story Apps are just one example of that!