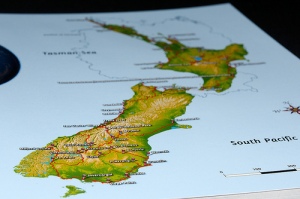 Really wonderful piece over in The Dominion Post about book publishing in New Zealand. It has serious echoes of the Irish market and many of the same problems crop up for the publishers there.

I wrote a column for The Irish Times that touched on some of the issues mentioned. This really is interesting throughout and a must for anyone who wants to understand small market publishing:

Varnham struggles to secure writers. Who can afford to take months off to research and write a book for a $3000 advance? More government support – for writers and publishers – would help.
And, she says, ebooks are not the answer. They’re a fabulous way to get books out worldwide but sales are minimal and the return to the publisher is tiny.

“I think the answer for us is to persuade New Zealanders to buy more New Zealand books.”
She credits Awa’s survival to bookshops such as Wellington’s Unity, which stacks front windows with Kiwi stories.

“I always say I need valium before I go into the average bookstore in New Zealand. It’s so distressing if you don’t see your own books properly displayed and you just walk through a towering mountain of Dan Brown and The Hunger Games. Not to mention Fifty Shades of Grey.”

The only way bookshops will survive, says Booksellers chief executive Lincoln Gould, is if they work together with publishers to find new sales models.

In his less gloomy moments, Walker sees opportunity for small independents or writer co-operatives such as those emerging in the United States.

via Is This The End For New Zealand Publishing? | Stuff.co.nz.

Some rights reserved by mhx

I have two questions about this that have only occurred to me having read this yesterday;

1) If the book trade is so badly impacted in New Zealand and ebooks are growing so rapidly, why is the sales team being retained, surely they’d be about the first to lose their usefulness?

2) The implication of this story (although it isn’t in fact stated) is that local authors are not holding their own against outside authors, why is that and what are the implications for other smaller English language territories?

HACHETTE New Zealand, the local arm of the global publisher whose titles include biographies of Richie McCaw and Mark Todd, is to cease publishing locally with the loss of 12 jobs including its long-serving management team.

The New Zealand company, which publishes locally under the Hodder Moa imprint, will continue as a marketing and sales office for the group’s international titles and New Zealand backlist, according to a statement from Malcolm Edwards, chairman for Hachette Australia and New Zealand.

Local finance, administration and IT functions will be relocated to Australia and publishing will cease in New Zealand after the completion of its 2013 programme.

The New Zealand publishing business has shrunk largely because of “the increased sourcing of books from overseas, at the expenses of the local trade, and the rapid growth of e-books,” Mr Edwards said.

via Book publisher Hachette closes down in NZ | Herald Sun.

Seeing an opening, Greenpeace campaigners brought their flagship, Rainbow Warrior, to New Zealand. Their plan was to sail into the military exclusion zone around the atoll, forcing the French to abandon their tests for fear of endangering life.  It was a gesture, and an insulting one. L’État responded.